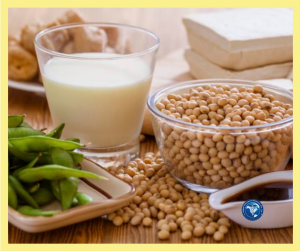 Soy protein is a protein that is isolated from soybeans, offers multiple health benefits(Glycine max) are a type of legume native to eastern Asia. Soy protein has received increased attention in recent years among consumers, researchers, and themedia.Individuals with a habitually health-conscious lifestyle (e.g., individuals who did not eat meat, but did eat fish, or were vegetarians or vegans) were more likely to consume soy foods than the average personSoybeans are healthful and rich in protein, giving them numerous nutritional uses. People can eat them, drink them in milk alternatives, and take them in the form of supplements.They are an important component of Asian diets and have been consumed for thousands of years. Today, they are mainly grown in Asia and South and North America.

Soybeans are among the best sources of plant-based protein.

Soy protein isolate powder is made from defatted soybean flakes that have been washed in either alcohol or water to remove the sugars and dietary fiber. They’re then dehydrated and turned into a powder.

This product contains very little fat and no cholesterol.

Soy protein powder is used to make infant soy formula, as well as a variety of meat and dairy alternatives.

Soybeans are low in saturated fat and high in protein, vitamin C, and folate. They are also a good source of:

The nutritional content of other soy products may vary based on how manufacturers have processed them and which ingredients they have added.

Use of soy products during pregnancy can be encouraged because expectant women are likely to receive the same health benefits as other women. Fortified milk and fortified soymilk are the only reliable dietary sources of vitamin D  All other dairy products contain little or no vitamin D. While many women will obtain enough vitamin D from exposure to sunlight, soymilk may be an alternative for those who are overly sensitive to the sun or for those who simply are not able to be or do not enjoy being outdoors. Soymilk may also be an alternative for women who do not like regular milk.

Consumption of soy protein in place of animal protein has been found to reduce serum concentrations of total cholesterol, low-density lipoproteins (LDLs), and trigylcerides. Individuals with elevated cholesterol seem to receive the greatest benefit.

In recent studies, soy protein contributed to the control of hyperglycemia and reduced body weight, hyperlipidemia, and hyperinsulinemia. These characteristics may be useful to both nondiabetic and diabetic persons in the control of obesity and blood sugar.

Genistein, one of the phytochemicals found in soy, can reduce the risk of cancer.  prevention of breast cancer has received the most attention, and more recent attention has focused on prostate cancer. Genistein blocks cancer development by preventing tumors from creating blood vessels that would provide nourishment for growth .

Vegetarians are individuals who, for various reasons, do not eat meat. Vegans, in comparison, are individuals who do not eat any products from animals, including eggs, milk, and cheese. Vitamin B12 is only found in animal products and, therefore, may be lacking in the diet of vegans. Use of soymilk is one way to obtain this essential vitamin. Cereals and meat substitutes are other options.

Infants who are not able to tolerate lactose formulas (those based on cow’s milk, casein/whey-based formulas; e.g., Similac, Enfamil, Carnation) may be prescribed soy-based formulas if they are not breastfed

Soybeans are a high protein plant food that people can prepare and eat in a variety of ways. 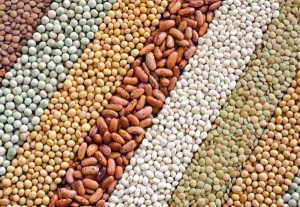 Soybeans come in many colors, including:

Soy milk and cheese are also options for those looking to replace dairy in the diet.

Soybeans also provide soy oil, which people can use for cooking or as an ingredient. After removing the oil from soybeans, people can use the remaining material to make food for farm animals and pets.

Some manufacturers make protein powder and isoflavone supplements from soy. Isoflavones are plant compounds that have a similar structure to estrogen.

Less processed organic soy is the most healthful option. Some examples include:

Some people have concerns about the consumption of soy. We cover these concerns in more detail in the sections below.

There is some concern that soy intake may interfere with thyroid function.

Researchers found that women with higher soy intake had a higher chance of having elevated levels of thyroid stimulating hormone (TSH).

A high TSH level may signify an underactive thyroid. Researchers did not find the same results in men.

The authors explain that soy is likely to be safe. However, consuming excessive amounts may create health risks in some people, such as those with undiagnosed hypothyroidism.

Like most other beans, soybeans contain insoluble fibers, which may cause flatulence and diarrhea in sensitive individuals.If you have IBS, avoiding or limiting the consumption of soybeans may be a good idea.

Food allergy is a common condition caused by a harmful immune reaction to certain components in foods.Soy allergy is triggered by soy proteins — glycinin and conglycinin — found in most soy products. Even though soybeans are one of the most common allergenic foods, soy allergy is relatively uncommon in both children and adults

Soy protein is a complete source of protein,offer benefits to women in various life stages. It may aid muscle building, improved diet and cardiovascular status, prevention of certain types of cancer, improved health following menopause, obesity prevention/control, and more options for food variety. Overall, soy is safe for most people and may offer health benefits, including weight loss.If you like the taste or eat plant-based, go ahead and give soy protein a try.