Meningitis is deadly that it can kill in a matter of hours.Though some cases of meningitis improve without treatment,others can be life-threatening and require emergency treatment.
Meningitis occur when the fluid surrounding the meningis become infected causing inflamamtion of meningis. Meningis are three delicate protective membranes of brain and spinal cord. 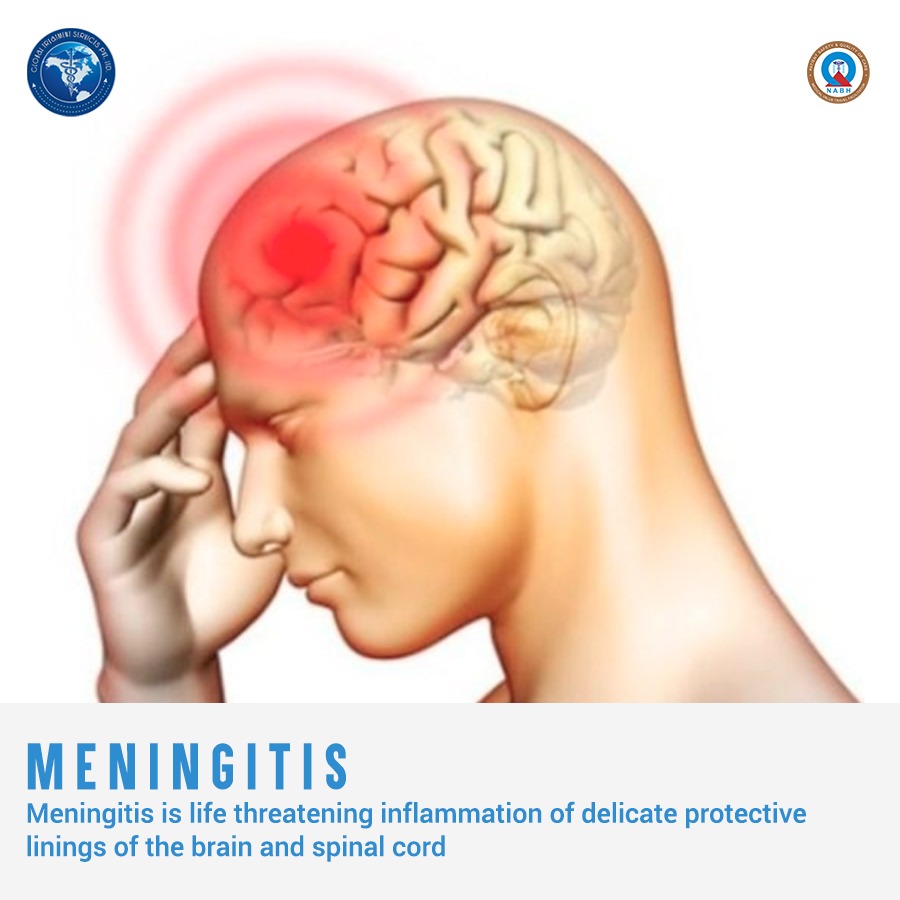 Meningitis is caused by bacterial,viral or fungal infection,viral infected ideas being the most common.It can also be caused by other factors such as cancer,drug irritations.Like any other infection,meningitis can be contagious too which can be transmitted through touch,sneezing etc.

Bacterial meningitis
Though it is rare,it can be fatal if not treated right away.Bacterial meningitis can cause stroke, hearing loss, and permanent brain damage.The disease can occur when certain bacteria invade the meninges directly or when  the bacteria spread to the meninges from a severe head trauma or a severe local infection, such as a serious ear infectionor nasal sinus infection (sinusitis).Several bacteria can first cause an upper respiratory tract infection and then travel to brain via bloodstream.

Fungal meningitis
The most common of this is caused by the fungus cryptococcus neoformans(found mainly in dirt and bird droppings).  Fungal infectionns can affect brain.Although treatable, fungal meningitis often recurs in 50 % of the affected persons.
Meningitis can affect anyone .Children,people with weakened immune systems( including persons with HIV or taking immunosuppressant drugs) are at increased risk.

Significant signs of meningitis are

In infants ,fever, lethargy, not waking for feedings, vomiting, body stiffness, unexplained irritability, and bulging fontanel (the soft spot on the top of the head) are important signs of meningitis and should be watched for.
Distinctive rashes called meningitis rash are seen in some forms of the disease.This is one late sign of bacterial meningitis.These are faint rashes and may not be easily visible in dark skinned people.Rash will become more obvious as  infection worsen and spots grow darker. Meningococcal meningitis damages capillary cells leading to  capillary damage and mild blood leaks.
Meningitis can also cause septicaemia.It is the blood poisoning caused by the same germs that cause meningitis.It is the more life threatening form of the disease. Septicaemia can occur with or without meningitis.

Early diagnosis is vital, as symptoms can appear suddenly and escalate to brain damage, hearing and/or speech loss, blindness, or even death.
Diagnostic tests include:

Furthermore, electroencephalography(EEG) can identify abnormal brain and diagnose patterns that may suggest specific viral infections such as herpes virus and to detect seizures.

Early treatment of bacterial meningitis involves antibiotics that can cross the blood-brain barrier . Appropriate and immediate antibiotic treatment for most types of meningitis can greatly reduce the risk casualties. Anticonvulsants to prevent seizures and corticosteroids to reduce brain inflammation may be prescribed.Infected sinuses may need to be drained.  Corticosteroids such as prednisone  are usually prescribed  to relieve brain pressure, swelling and to prevent hearing loss that is common in Haemophilus influenza meningitis.Viral meningitis can ease without treatment over a few weeks.Fungal meningitis is treated with intravenous antifungal medications.

Vaccinations offer protection against certain causes of meningitis.These include the:

Outcome generally depends on the the severity of the illness and how quickly treatment is given.  In most cases, meningitis can make a full recovery although the process may be slow. Individuals may need long-term therapy, medication, and supportive care in more serious cases where disease has caused permanent damages like brain and nerve damage,blindness,memory loss,seizures,lack of muscle control etc