Jun 19, 2019 Posted by admin Uncategorized 0 comments
Occipital neuralgia is a condition in which the nerves that run from the top of the spinal cord up through the scalp, called the occipital nerves, are inflamed or injured. You might feel pain in the back of your head or the base of your skull. 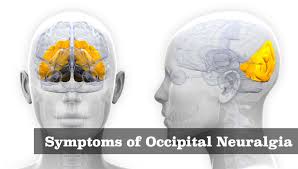 People can confuse it with a migraine or other types of headache, because the symptoms can be similar. But treatments for those conditions are very different, so it’s important to see your doctor to get the right diagnosis.

Occipital neuralgia can cause intense pain that feels like a sharp, jabbing, electric shock in the back of the head and neck. Other symptoms include:

Occipital neuralgia happens when there’s pressure or irritation to your occipital nerves, maybe because of an injury, tight muscles that entrap the nerves, or inflammation. Many times, doctors can’t find a cause for it.

A talar dome lesion is an injury to the cartilage and underlying bone of the talus within the ankle joint. It is also called an osteochondral defect (OCD) or osteochondral lesion of the talus (OLT). “Osteo” means bone and “chondral” refers to cartilage.

Talar dome lesions are usually caused by an injury, such as an ankle sprain. If the cartilage does not heal properly following the injury, it softens and begins to break off. Sometimes a broken piece of the damaged cartilage and bone will float in the ankle. 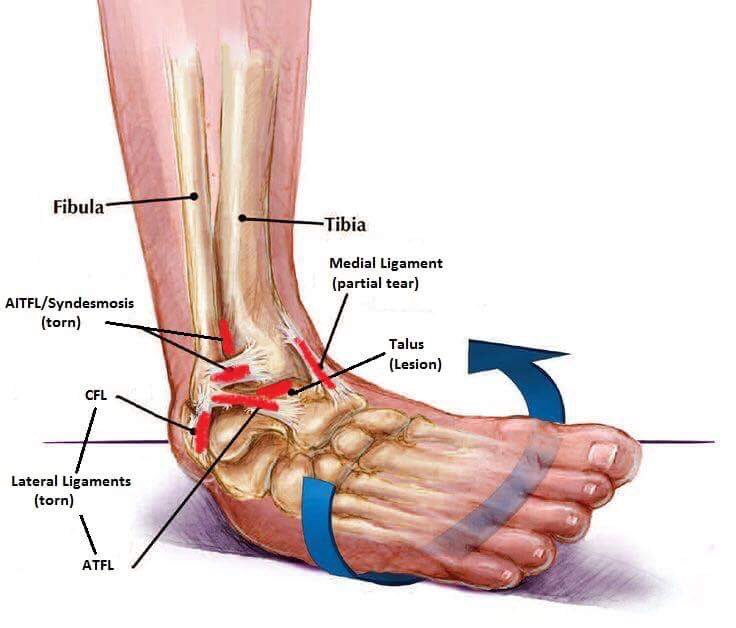 Unless the injury is extensive, it may take months, a year or even longer for symptoms to develop. The signs and symptoms of a talar dome lesion may include:

Treatments may include debridement (removing injured cartilage and bone), fixation of the injured fragment, microfracture or drilling of the lesion, and/or transfer or grafting of bone and cartilage. You and your orthopaedic foot and ankle surgeon can discuss these treatment options and decide which one is best.

Ventricular-operational shunting is surgery to treat excess cerebro spinal fluid (CSF) in the cavities (ventricles) of the brain (hydrocephalus).

This procedure is done in the operating room under general anesthesia. It takes about 1 1/2 hours. A tube (catheter) is passed from the cavities of the head to the abdomen to get rid of the excess cerebrospinal fluid (CSF). A pressure valve and an anti-syphon device ensure that just the right amount of fluid is drained.

The procedure is done as follows:

Jun 11, 2019 Posted by admin Uncategorized 0 comments
People with Down syndrome tend to have certain physical features in common. For example, they often have flat noses and small ears.

Their mental abilities will vary, but most have mild to moderate issues with thinking, reasoning, and understanding. They’ll learn and pick up new skills their whole lives, but may take longer to reach important goals like walking, talking, and developing social skills.

Many people with Down syndrome don’t have any other health issues, but some do. Common conditions include heart problems and trouble hearing and seeing.

But with Down syndrome, something goes wrong and you get an extra copy of chromosome 21. That means you have three copies instead of two, which leads to the signs and symptoms of Down syndrome. Doctors aren’t sure why this happens.

It varies, but people with Down syndrome often share certain physical traits.

For facial features, they may have:

Proton therapy, also called proton beam therapy, is a type of radiation therapy. It uses protons rather than x-rays to treat cancer.

A proton is a positively charged particle. At high energy, protons can destroy cancer cells. Doctors may use proton therapy alone. They may also combine it with x-ray radiation therapy, surgery, chemotherapy, and/or immunotherapy.

Like x-ray radiation, proton therapy is a type of external-beam radiation therapy. It painlessly delivers radiation through the skin from a machine outside the body.

A machine called a synchrotron or cyclotron speeds up protons. The high speed of the protons creates high energy. This energy makes the protons travel to the desired depth in the body. The protons then give the targeted radiation dose in the tumor.

With proton therapy, there is less radiation dose outside of the tumor. In regular radiation therapy, x-rays continue to give radiation doses as they leave the person’s body. This means that radiation damages nearby healthy tissues, possibly causing side effects.

People usually receive proton therapy in an outpatient setting. This means they do not need to have treatment in the hospital. The number of treatment sessions depends on the type and stage of the cancer.

Sometimes, doctors deliver proton therapy in 1 to 5 proton beam treatments. They generally use larger daily radiation doses for a fewer number of treatments. This is typically called stereotactic body radiotherapy. If a person receives a single, large dose of radiation, it is often called radiosurgery.

Proton therapy requires planning. Before treatment, you will have a specialised computed tomography (CT) or magnetic resonance imaging (MRI) scan. During this scan, you will be in the exact same position as during treatment.

Movement should be limited while having the scan. So you may be fitted with a device that helps you stay still. The type of device depends on where the tumor is in the body. For example, a person may need to wear a custom-made mask for a tumor in the eye, brain, or head. He or she would also need to wear this device later for the radiation planning scan.

During a radiation planning scan, you will lie on a table and the doctor will figure out the exact places where the radiation therapy will be given on your body or the device. This helps make sure your position is accurate during each proton treatment.

The devices are designed to fit snugly so there is no motion during the radiation treatment. But the health care team wants each person to be as comfortable as possible during treatment. It is important for you to talk with the team to find a comfortable position for treatment.

Some people, particularly with tumours around the head and neck region, feel anxious when they need to lie still in one position with the device. It is important to talk with your medical team if this causes you anxiety. Your doctor can give medication to help you relax for the scans.

People receive proton therapy in a special treatment room. For each treatment, a member of the health care team will place the person into the device on the treatment table in the room. For some areas around the head and neck such as the eye, the person is positioned in a special chair, instead of on a table.

Some proton treatment rooms have a machine called a gantry. It rotates around the person. This way, the treatment is delivered to the tumor from the best angles. During treatment, the gantry will also rotate around the person so that the machine’s nozzle is in its proper position. The nozzle is where the protons come out of the machine.,

The protons travel through the machine and then magnets direct them to the tumour. Sometimes the gantry will also be used. During the treatment, the person must stay still to avoid moving the tumour out of the focused proton beam.

Time needed for each treatment

In general, a proton radiation treatment lasts about 15 to 30 minutes, starting from the time you enter the treatment room. The time will depend on the part of the body being treated and the number of treatments. It will also depend on how easily the team can see the tumour site with x-rays or CT scans during the positioning process.

Ask your health care team how long each treatment will take. Sometimes, the doctor will need to give treatment from different gantry angles. Ask your team if this will happen for your treatment. Find out if they will come back into the room during treatment to move the gantry or if the gantry will be rotated around you.

It is also important to know that total time in the treatment room may vary from day to day. This is because the doctor may target different areas that require other radiation “fields.” This may require using various kinds of proton beam segments. For example, one treatment may deliver a part of the total radiation dose to lymph nodes and healthy tissues around the tumour that may contain tiny amounts of tumour. Another treatment may deliver a radiation dose to the main tumour.

Other factors can also affect the total time needed, such as waiting for the proton beam to be moved after another person’s treatment is finished. Most proton treatment centres have only one proton machine.

In centers that have more than one treatment room, the protons are magnetically steered from one room to the next. On some days, 2 rooms may be ready at nearly the same time to deliver the proton treatment to the person in each room. This means that one person may have to wait a couple of minutes until the other person’s treatment has been delivered.

The treatment itself is painless. Afterwards, you may experience fatigue. You may also have skin problems, including redness, irritation, swelling, dryness, or blistering and peeling.

You may have other side effects, especially if you are also receiving chemotherapy. The side effects of proton therapy depend on the part of the body being treated, the size of the tumour, and the types of healthy tissue near the tumour. Ask your health care team which side effects are most likely to affect you.

Proton therapy also may be used to treat these cancers:

But there are also some drawbacks to proton therapy: