The baby takes on a bluish hue because of poorly oxygenated blood. Normally, blood is pumped from the heart to the lungs, where it receives oxygen. The blood is circulated back through the heart and then throughout the body. When there’s a problem with the heart, lungs, or blood, blood may not be oxygenated properly. This causes the skin to take on a blue color. The lack of oxygenation can occur for several reasons.

While a rare congenital heart defect, TOF is a primary cause of blue baby syndrome. It’s actually a combination of four heart defects that can reduce blood flow to the lungs and allow oxygen-poor blood to flow out into the body.

This condition stems from nitrate poisoning. It is can happen in babies who are fed infant formula mixed with well water or homemade baby food made with nitrate-rich foods, like spinach or beets.

n addition to the bluish color of the skin, other symptoms of blue baby syndrome include:

Treatment depends on the cause of the blue baby syndrome. If the condition is produced by a congenital heart defect, your baby will most likely need surgery at some point. Medication may be recommended as well. These recommendations are based on the severity of the defect. Babies with methemoglobinemia can reverse the condition by taking a drug called methylene blue, which can provide oxygen to the blood. This drug needs a prescription and is usually delivered via a needle inserted into a vein.

Diabetic retinopathy  is a diabetes complication that affects eyes. It’s caused by damage to the blood vessels of the light-sensitive tissue at the back of the eye (retina).

Over time, too much sugar in your blood can lead to the blockage of the tiny blood vessels that nourish the retina, cutting off its blood supply. As a result, the eye attempts to grow new blood vessels. But these new blood vessels don’t develop properly and can leak easily.

Vitrectomy with endolaser for one day stay in Hospital for surgery and 1 month should stay outside for OPD visit regularly.

The immune system normally fights off dangerous infections and bacteria to keep the body healthy. An autoimmune disease occurs when the immune system attacks the body because it confuses it for something foreign. There are many autoimmune diseases, including systemic lupus erythematosus (SLE).The term lupus has been used to identify a number of immune diseases that have similar clinical presentations and laboratory features, but SLE is the most common type of lupus. People are often referring to SLE when they say lupus.

Symptoms can vary and can change over time. Common symptoms include:

Other symptoms depend on the part of the body the disease is attacking, such as the digestive tract, the heart, or the skin.Lupus symptoms are also symptoms of many other diseases, which makes diagnosis tricky. 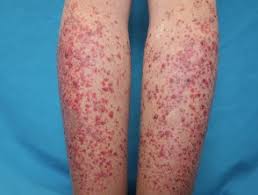 Environmental triggers can include:

SLE affects women more than men. Women also may experience more severe symptoms during pregnancy and with their menstrual periods.

No cure for SLE exists. The goal of treatment is to ease symptoms. Treatment can vary depending on how severe your symptoms are and which parts of your body SLE affects. The treatments may include:

Cervical polyps are growths on the cervical canal, the passage that connects the uterus to the vagina.

About two out of three women who have cervical polyps don’t have symptoms. Doctors normally find these growths during a Pap test or other procedure. If you do have symptoms, they may include:

If your doctor finds cervical polyps during a routine pelvic exam and Pap smear, she’ll probably take a sample of the tissue (biopsy) and send it to the lab to make sure it’s not cancer..She’ll probably remove them at that time. She’ll use a tool called a polyp forceps to gently twist the growth off your cervix.You might bleed and cramp just a little during or after the procedure. Most cervical polyps are benign, cause no problems, and don’t come back once they’re removed.

An over-the-counter pain medication like Ovral- L or acetaminophen (Tylenol) or ibuprofen (Motrin or Advil) can relieve the pain. These are stops the bleeding also.

A cochlear implant is an electronic device that partially restores hearing. It can be an option for people who have severe hearing loss from inner-ear damage and who receive limited benefit from hearing aids. Unlike hearing aids — which amplify sound — a cochlear implant bypasses damaged portions of the ear to deliver sound signals to the auditory (hearing) nerve. Cochlear implants use a sound processor that fits behind the ear. The processor captures sound signals and transmits them to a receiver implanted under the skin behind the ear. The receiver sends the signals to electrodes implanted in the snail-shaped inner ear (cochlea). The signals stimulate the auditory nerve, which then directs them to the brain. The brain interprets those signals as sounds, though these sounds won’t be just like normal hearing.

It takes time and training to learn to interpret the signals received from a cochlear implant. Within a year of use, most people with cochlear implants make considerable gains in understanding speech.

The surgeon will make an incision behind the ear, and form a slight depression in the portion of skull bone (mastoid) where the internal device rests.

Most people feel well enough to return home the day of surgery or the day afterward. You will need to return to the doctor in about a week to have stitches removed. The cochlear implants won’t be turned on (activated) until two to six weeks after surgery — to give the surgery site time to heal.

To activate the cochlear implant, an audiologist will:

Rehabilitation involves training the brain to understand sounds heard through the cochlear implant. Speech and everyday environmental noises will sound different from what you remember. The brain needs time to recognize what these sounds mean. This process is ongoing and is best achieved by wearing the speech processor continuously during waking hours

Inflammatory bowel disease (IBD) is an umbrella term used to describe disorders that involve chronic inflammation of your digestive tract. Types of IBD include:

IBD can be debilitating and sometimes leads to life-threatening complications. 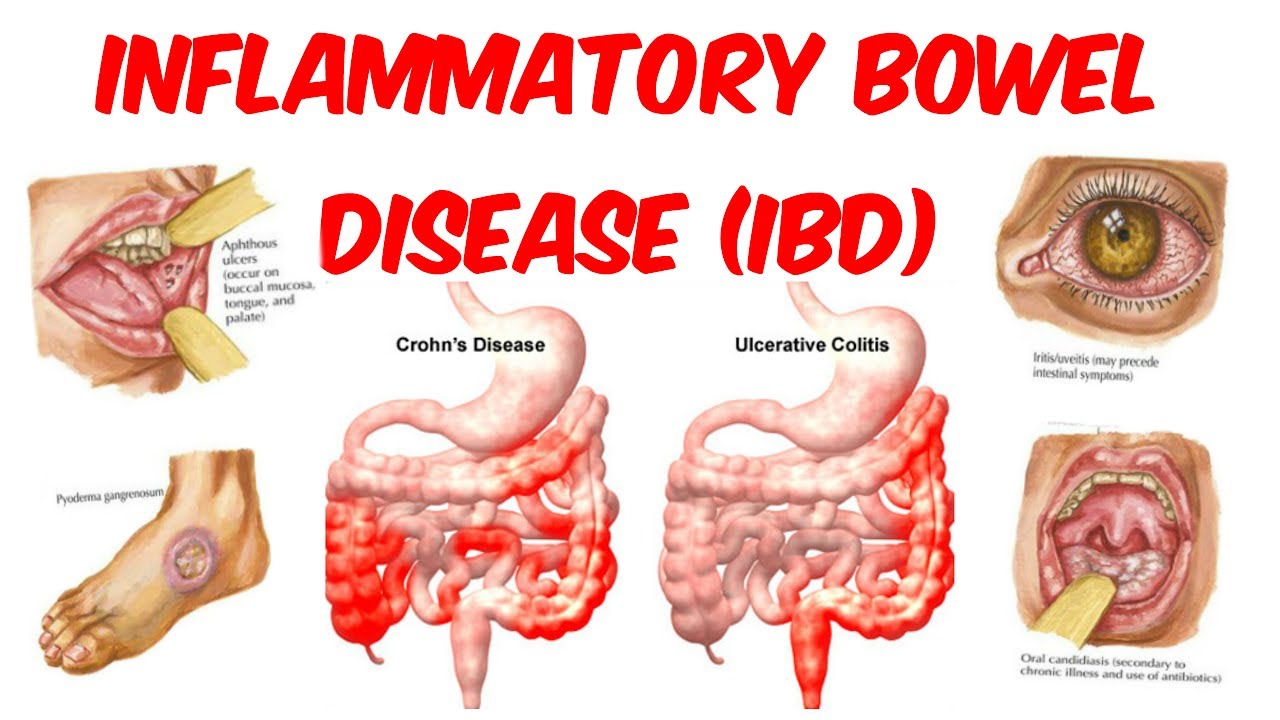 The exact cause of inflammatory bowel disease remains unknown. Previously, diet and stress were suspected, but now doctors know that these factors may aggravate but don’t cause IBD.

One possible cause is an immune system malfunction. When your immune system tries to fight off an invading virus or bacterium, an abnormal immune response causes the immune system to attack the cells in the digestive tract, too. Heredity also seems to play a role in that IBD is more common in people who have family members with the disease. However, most people with IBD don’t have this family history.

Inflammatory bowel disease symptoms vary, depending on the severity of inflammation and where it occurs. Symptoms may range from mild to severe. You are likely to have periods of active illness followed by periods of remission.

Signs and symptoms that are common to both Crohn’s disease and ulcerative colitis include:

The goal of inflammatory bowel disease treatment is to reduce the inflammation that triggers your signs and symptoms. In the best cases, this may lead not only to symptom relief but also to long-term remission and reduced risks of complications. IBD treatment usually involves either drug therapy or surgery. 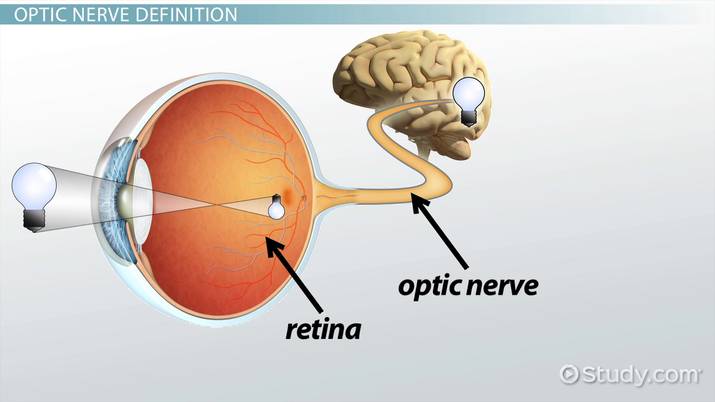 Most thyroid nodules don’t cause signs or symptoms. Occasionally, however, some nodules become so large that they can:

In some cases, thyroid nodules produce additional thyroxine, a hormone secreted by your thyroid gland. The extra thyroxine can cause symptoms of hyperthyroidism such as:

When to see a doctor

Although most thyroid nodules are noncancerous (benign) and don’t cause problems, ask your doctor to evaluate any unusual swelling in your neck, especially if you have trouble breathing or swallowing. It’s important to evaluate the possibility of cancer.

Also seek medical care if you develop signs and symptoms of hyperthyroidism, such as:

Sickle cell anemia is an inherited form of anemia — a condition in which there aren’t enough healthy red blood cells to carry adequate oxygen throughout your body. Normally, your red blood cells are flexible and round, moving easily through your blood vessels. In sickle cell anemia, the red blood cells become rigid and sticky and are shaped like sickles or crescent moons. These irregularly shaped cells can get stuck in small blood vessels, which can slow or block blood flow and oxygen to parts of the body.

Surgery: Bone marrow transplant, also known as stem cell transplant, offers the only potential cure for sickle cell anemia. It’s usually reserved for people younger than age 16 because the risks increase for people older than 16. Finding a donor is difficult, and the procedure has serious risks associated with it, including death.