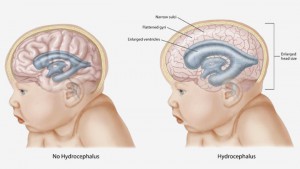 It is a condition in which an accumulation of cerebrospinal fluid (CSF) occurs within the brain .This causes increased pressure inside the skull

One of two surgical treatments may be used to treat hydrocephalus

The most common treatment of hydrocephalus is the surgical insertion of a drainage system , called shunt. It consists of a long flexible tube with a valve that keeps fluid from the brain flowing in the right direction and at the proper rate. One of the tubing is usually placed in one of the brains ventricles. The tubing is then tunneled under the skin to another part of the body where the excess CSF can more easily absorbed

It is a surgical procedure , in which your surgeon uses a small video camera to have direct vision inside the brain. Your surgeon makes a hole in the bottom of the one of the ventricles  or between the ventricles to enable CSF to flow out of the brain

To get opinion from our network of hospitals visit www.mvtbooking.com or send email to query@gtsmeditour.com