Gestational Diabetes Mellitus (GDM) is the diabetes that occurs during pregnancy and usually disappears after delivery.As gestational diabetes can harm mother and unborn baby,it is important to manage it. GDM appears in the second half of pregnancy ,in 24 -28 weeks.So it is necessary to conduct a screening for blood glucose around this period. 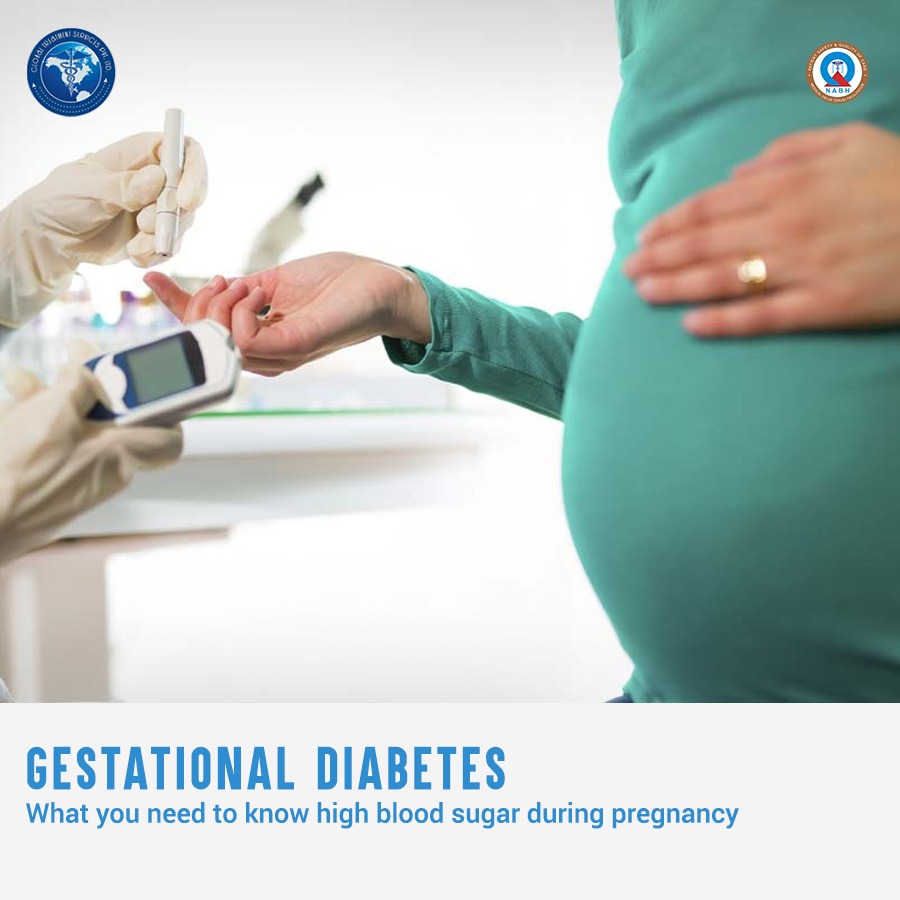 Blood sugar that is not well controlled in a woman with gestational diabetes can lead to problems for the pregnant woman and the baby:

Extra Large Baby
GDM causes the baby’s blood sugar to be high. The baby is “overfed” and grows extra large.The baby can be born with nerve damage due to pressure on the shoulder during delivery.

Cesarean Section
Besides causing discomfort to the woman during the last few months of pregnancy, an extra large baby can lead to problems during delivery for both the mother and the baby. The mother might need a C-Section to deliver the baby.

Hypoglycemia
If a woman’s diabetes was not well controlled during pregnancy, her baby can very quickly develop low blood sugar after birth. The baby’s blood sugar must be watched for several hours after delivery.

Glucose tolerance test
Tests include the glucose challenge test and the oral glucose tolerance test (OGTT).‘Glucose tolerance test’ is the diagnostic test used to find out if you have gestational diabetes. It requires fasting for 10 hours (generally overnight). A blood test is taken, followed by a 75g glucose drink and further blood tests at one and two hours later. You will be required to remain at the laboratory for the two-hour duration of the test. If the results of the glucose challenge test show high blood glucose, you will return for an OGTT test to confirm the diagnosis of gestational diabetes.
A diagnosis of gestational diabetes doesn’t mean that you had diabetes before you conceived, or that you will have diabetes after giving birth.
If you are diagnosed with GDM,you will need to consult diabetologist also in addition to your gynaecologist.