Seizures And Epilepsy are not the same. 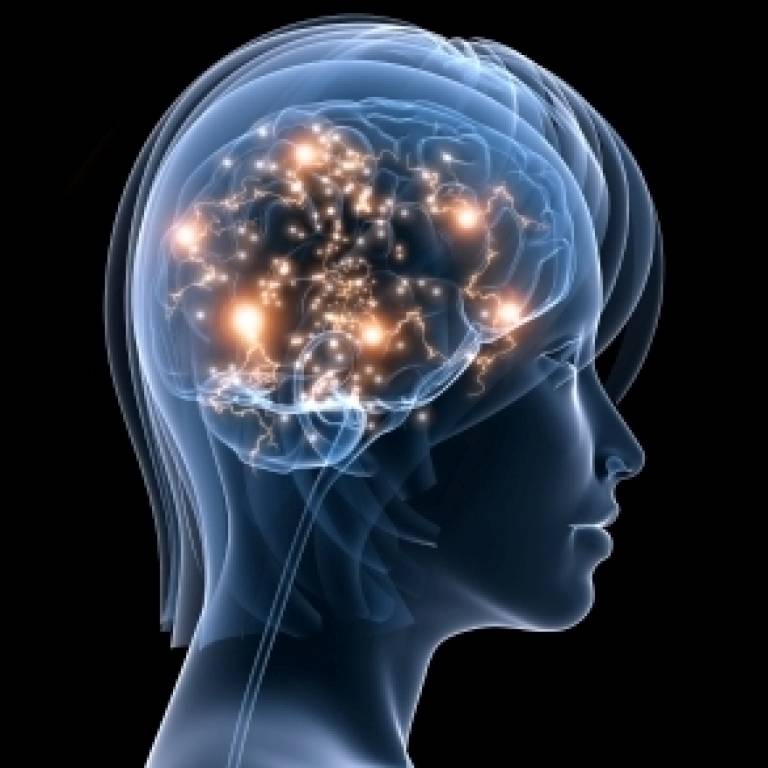 What happens in the brain during a seizure?

The electrical activity is caused by complex chemical changes that occur in nerve cells.

Brain cells either excite or inhibit (stop) other brain cells from sending messages. Usually there is a balance of cells that excite and those that can stop these messages. However, when a seizure occurs, there may be too much or too little activity, causing an imbalance between exciting and stopping activity. The chemical changes can lead to surges of electrical activity that cause seizures.

Seizures are not a disease in themselves. Instead, they are a symptom of many different disorders that can affect the brain. Some seizures can hardly be noticed, while others are totally disabling.

Epilepsy is a chronic disorder, the hallmark of which is recurrent, unprovoked seizures. A person is diagnosed with epilepsy if they have two unprovoked seizures (or one unprovoked seizure with the likelihood of more) that were not caused by some known and reversible medical condition like alcohol withdrawal or extremely low blood sugar.

The seizures in epilepsy may be related to a brain injury or a family tendency, but often the cause is completely unknown. The word “epilepsy” does not indicate anything about the cause of the person’s seizures or their severity.

Common causes of seizures by age:

Lack of oxygen during birth

In Infants and Children:

In Children and Adults:

Specific time of day or night

Sleep deprivation – overtired, not sleeping well, not getting enough sleep

At times of fevers or other illnesses

Alcohol or drug use

Associated with menstrual cycle (women) or other hormonal changes

Specific foods, excess caffeine or other products that may aggravate seizures

Use of certain medications

An Accurate Diagnosis is the First Step

Knowing if a person is having a seizure and diagnosing the type of seizure or epilepsy syndrome can be difficult. There are many other disorders that can cause changes in behavior and can be confused with epilepsy. Since the treatment of seizures depends on an accurate diagnosis, making sure that a person has epilepsy, and knowing what kind is a critical first step.

What happens during a seizure is one of the most important pieces of information. And, since seizures rarely happen in a doctor’s office, the information given to the doctor and other health care professionals by you or other witnesses is extremely important. 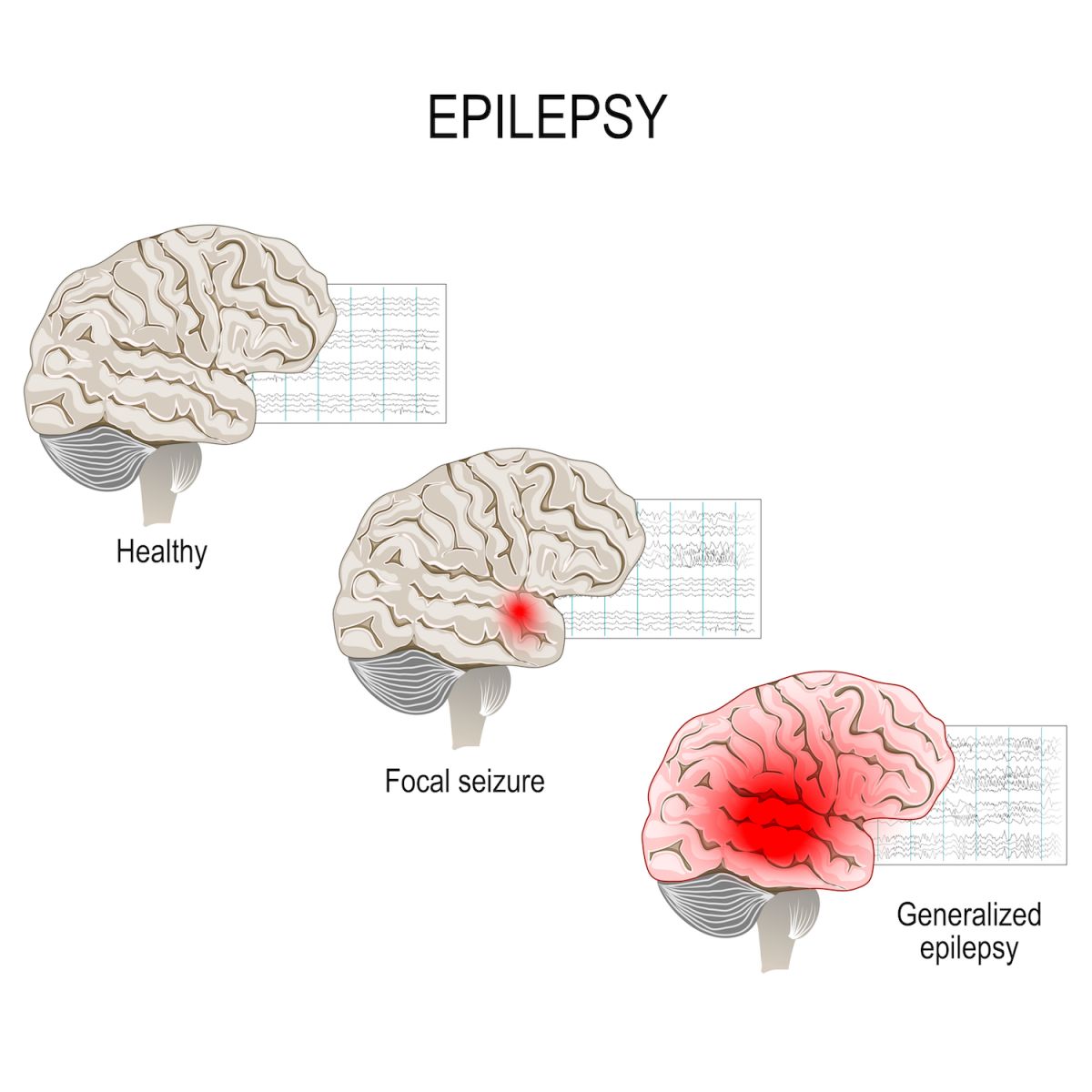 The difference between types of seizures is in how and where they begin in the brain.

There are now 3 major groups of seizures.

The term focal is used instead of partial to be more accurate when talking about where seizures begin. Focal seizures can start in one area or group of cells in one side of the brain.

Focal Onset Aware Seizures: When a person is awake and aware during a seizure, it’s called a focal aware seizure. This used to be called a simple partial seizure.

Focal Onset Impaired Awareness: When a person is confused or their awareness is affected in some way during a focal seizure, it’s called a focal impaired awareness seizure. This used to be called a complex partial seizure.

As more information is learned, an unknown onset seizure may later be diagnosed as a focal or generalized seizure.

How are different symptoms during a seizure described?

Many different symptoms happen during a seizure. This new classification separates them simply into groups that involve movement.

Motor symptoms may also include jerking (clonic), muscles becoming limp or weak (atonic), tense or rigid muscles (tonic), brief muscle twitching (myoclonus), or epileptic spasms. There may also be automatisms or repeated automatic movements, like clapping or rubbing of hands, lipsmacking or chewing, or running.

Non-motor symptoms: Examples of symptoms that don’t affect movement could be changes in sensation, emotions, thinking or cognition, autonomic functions (such as gastrointestinal sensations, waves of heat or cold, goosebumps, heart racing, etc.), or lack of movement (called behavior arrest).

Motor seizures are described as either tonic-clonic or epileptic spasms.

Non-motor seizures usually include a behavior arrest. This means that movement stops – the person may just stare and not make any other movements.

What if I don’t know what type of seizures I or my loved one have?

It’s not unusual that a person doesn’t know the type of seizure they have. Often seizures are diagnosed based on descriptions of what an observer has seen. These descriptions may not be fully complete or one can’t tell where a seizure begins from this information.

When seizures are difficult to diagnose or seizure medicines are not working to stop seizures, talk to your doctor or treating health care provider.

Seeing an epilepsy specialist or having an evaluation at an epilepsy center can help find out if you are having seizures. Not all events are due to epilepsy.

An epilepsy center help you explore other treatment options, such as surgery, devices, dietary therapy, new or add-on seizure medications, or a clinical trial.

Having tests like an MRI (magnetic resonance imaging) scan to look at the brain and EEG (electroencephalogram) tests to record the electrical activity of the brain are very helpful to diagnose types of seizures and epilepsy properly.

Keep asking questions so you get the right tests and right treatment for your type of seizures and epilepsy.

Feeling helpless watching a loved one, friend, even a stranger, have a seizure is difficult. This section will help you be prepared to respond to seizures safely and appropriately.

Epilepsy is a neurological condition which affects the nervous system. Epilepsy is also known as a seizure disorder. It is usually diagnosed after a person has had at least two seizures (or after one seizure with a high risk for more) that were not caused by some known medical condition.

Epilepsy and seizures can develop in any person at any age. Seizures and epilepsy are more common in young children and older people.Epilepsy is the 4th most common neurological condition and epilepsy affects more than 65 million people worldwide.

More men than women have epilepsy overall by a small amount

When are people most likely to get epilepsy?

New cases of epilepsy are most common among children, especially during the first year of life.

The rate of new cases of epilepsy gradually goes down until about age 10 and then becomes stable.

After age 55, the rate of new cases of epilepsy starts to increase, as people develop strokes, brain tumors, or Alzheimer’s disease, which all can cause epilepsy.

seizures do happen frequently in people who have had a traumatic injury to the brain. This may include a fall, blow to the head, gunshot wound, or other traumatic injury.

The main symptom of epilepsy is recurrent seizures. However, if a person experiences one or more of the following symptoms, they should seek medical attention, as it may indicate epilepsy:

It is vital to seek consultation with a doctor if any of these symptoms occur repeatedly.

There is currently no cure for most types of epilepsy.

A doctor may prescribe antiepileptic drugs  to help prevent seizures. If these drugs do not work, some other potential options include surgery, vagus nerve stimulation, or a special diet.

Doctors’ objective is to prevent further seizures. They also aim to prevent side effects so that the person can lead an active and productive life.

It is important to note that some drugs may prevent seizures in one person but not in another. Also, even when a person finds the right drug, it may take some time to find the ideal dosage.

If at least two medications have been ineffective in controlling seizures, a doctor may consider recommending epilepsy surgery. A 2013 study from Sweden found that 62% of adults and 50% of children with epilepsy had no seizures for around 7 years after epilepsy surgery.

According to the National Institute of Neurological Disorders and Stroke, some surgical options include:

For some people, undergoing surgery may reduce the frequency and severity of their seizures. However, it is often important to continue taking antiseizure medication for several years following the procedure.

Another surgical option is the implantation of a device in the chest to stimulate the vagus nerve in the lower neck. The device sends preprogrammed electrical stimulation to the brain to help reduce seizures.

Diet may play a role in reducing seizures. A 2014 review of research that appeared in the journal Neurology suggested that high fat, low carbohydrate diets could benefit children and adults with epilepsy.

Five of the studies in the review used the ketogenic diet, while another five used a modified Atkins diet. Typical foods in these diets include eggs, bacon, avocados, cheese, nuts, fish, and certain fruits and vegetables.

The review found that 32% of study participants adhering to the ketogenic diet and 29% of those following the modified Atkins diet experienced at least a 50% drop in the regularity of seizures. However, many participants had difficulty maintaining these diets.

Specific diets may be beneficial in some cases, but more research is needed to confirm this.

A doctor will review an individual’s medical history and the symptoms they have experienced, including a description and timeline of past seizures, to diagnose epilepsy.

They may also request tests to determine the type of epilepsy and the type of seizures the person has. Based on these results, the doctor will be able to recommend treatment options, such as antiseizure medications.

Several types of imaging test can help a doctor diagnose epilepsy. These tests include:

The doctor may also use blood tests to identify any underlying conditions that could be causing the epilepsy. Neurological tests may also help a doctor determine the type of epilepsy the person has.

Seizures can lead to drowning, falling, vehicle accidents, or other injuries that could be fatal. Although it is rare, SUDEP can also occur.

Cases of SUDEP typically occur during a seizure or immediately after it. For example, the seizure may cause the person to go too long without breathing, or it could result in heart failure.

The exact cause of SUDEP is unclear,

A 2016 study found that treating status epilepticus within 30 minutes reduced the risk of death.

There is currently no cure for epilepsy, but people with the condition can usually manage their symptoms.

In some cases, surgery can also reduce or eliminate seizures when drugs are ineffective.

This can have long-term benefits. In one 2018 study, 47% of the participants reported no debilitating seizures 5 years after surgery, and 38% reported the same after 10 years.

The WHO explain that around 25% of epilepsy cases are preventable. People can reduce the risk of developing epilepsy by following these steps:

wearing a helmet when riding a bicycle or motorcycle, to help prevent head injuries

managing risk factors for stroke and heart disease, which could cause brain damage that results in epilepsy

practicing good hygiene and preventative methods to avoid cysticercosis, an infection that is the most common cause of epilepsy around the world, according to the CDC.

A 2015 review of research in the journal Seizure also suggested that regular physical activity may help prevent the development of epilepsy and reduce how often seizures occur.

It is not possible to prevent all cases of epilepsy. However, taking the above steps may help reduce the risk.

Depending on the situation, seizures may lead to negative outcomes such as drowning or vehicle accidents. Long lasting seizures, or status epilepticus, may also cause brain damage or death.

People with epilepsy are eight times more likely than people without it to experience certain other chronic conditions, including dementia, migraine, heart disease, and depression. Some of these conditions could also make seizures worse.

To Get More Information about#Seizure,#Epilepsy Email us at query@gtsmeditour.com or you can Directly call on  Ph:080 25470833 . Share reports & get second opinion with us.