Scoliosis is a “S ”  or “C” shaped curve of the spine that mostly occurs during the growth spurt just before puberty. Though the actual cause is unknown scoliosis can be caused by conditions such as cerebral palsy and muscular dystrophy.  In severe cases it  can lead to reduced amount of space within the chest, making it difficult for the lungs to function properly and thus interfere with breathing . In some cases, the degree of curve remains stable, while in others, it increases over time. A person with scoliosis may have an uneven shoulder or waist, a shoulder blade that appears prominent than the other, one leg being longer than the other etc. This curves can be structural curves or non structural curves.  In structural scoliosis, the curve of the spine can’t be reversed as it is rigid where as in the case of non structural type ,though the spine looks curved it functions normally. Scoliosis can cause complications like heart and lung damage making it difficult to breath, chronic back pains and noticeable changes in appearances. 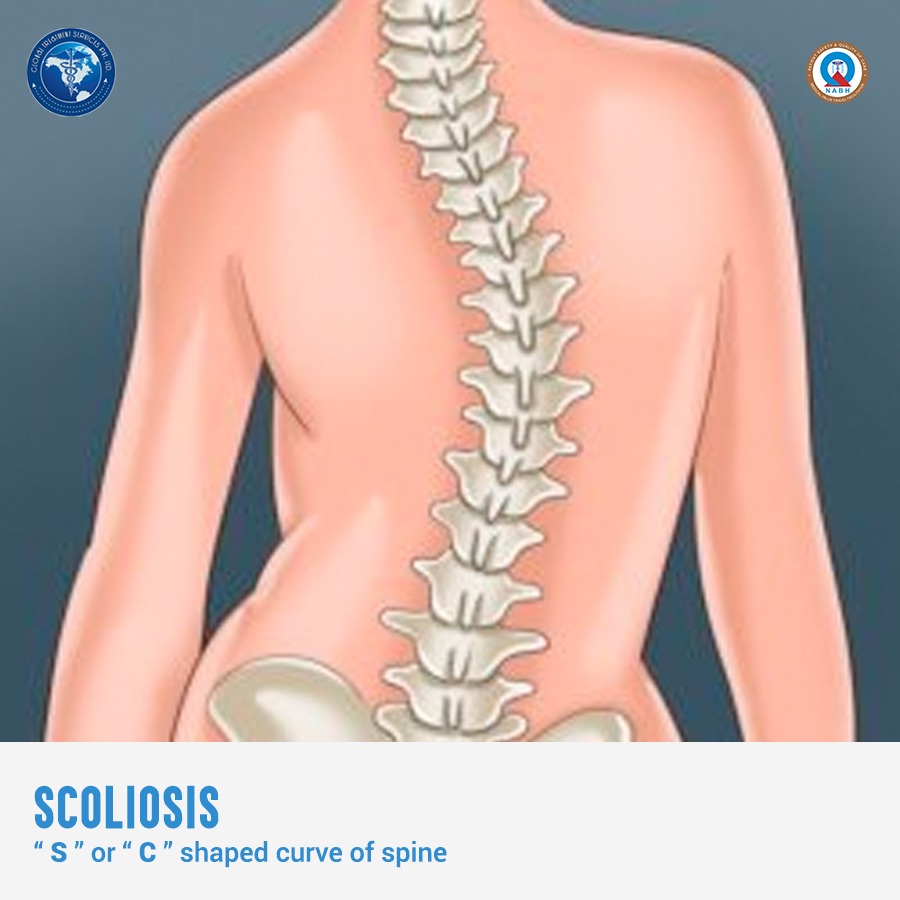 In mild cases scoliosis won’t require surgery. In case of mild scoliosis , braces are recommended.  In severe cases surgery may be suggested  to prevent it from getting worse.

A bone graft is used to stimulate bone healing  which helps to increase bone production and the vertebrae heal together into a solid bone. A bone graft is either taken from the patients hip or from a donor through bone bank. The possible complications of the surgery are bleeding, infection, nerve injury etc.