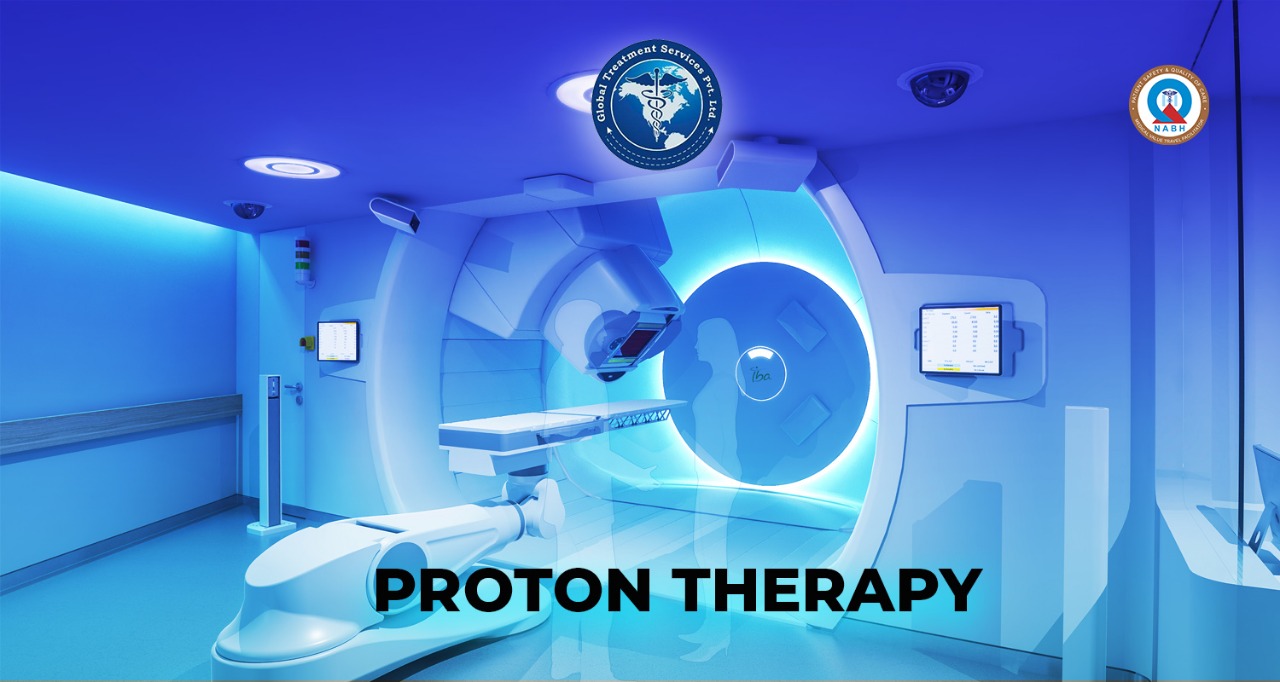 Proton therapy or proton radiotherapy  is a kind of particle therapy which uses a beam of protons to irradiate diseased tissue in the treatment of cancer. it uses ionizing radiation. So that protons are positively charged subatomic particles which attack the DNA of the cancer cells and destroy them.Proton therapy is non-invasive and painless. The beam is delivered from a machine and the therapy is typically carried out on an outpatient basis.

When the protons are deliver to the tissue, they go into a certain distance in the tissue depending upon the imaging imparted to it at the beginning and can make them stop right where the tumor is located.

Proton radiation Therapy is found to be particularly  very useful in treatment of most of the cancers surrounded by a critical structure like the spinal cord, base of the skull or optic nerve.

The above image depicts proton beam precisely targets the tumor and releases its energy inside it. So, the areas adjacent to the tumor, do not get affected.This enhances the quality of cure and reduces side effects, Proton therapy is non-invasive and painless. The beam is delivered from a machine and the therapy is typically carried out on an outpatient basis.

The therapy has undergone tremendous innovations in the last ten years. “Its newer forms like pencil beam scanning are very exciting Hence Proton therapy can be used for the treatment of most of the cancer,including the prostate cancer.