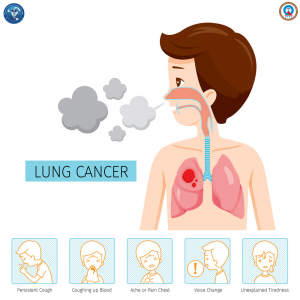 Lung cancer occurs when cells divide in the lungs uncontrollably .This causes tumors to grow .These can reduce a persons ability to breathe and spread to other parts of the body

90 % are caused by smoking .From the moment you inhale smoke into your lungs it starts damaging your lung tissue .  Once cells get damaged they behave abnormally and eventually cancer may develop

c)Lobectomy- to remove the entire lobe of one lung

To get opinion from our network of hospitals visit mvtbooking.com or send email to query@gtsmeditour.com