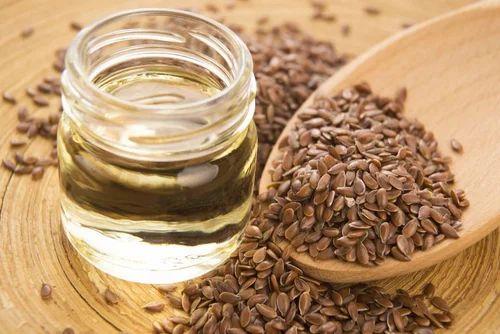 Flaxseed is a plant-based food that provides healthful fat, antioxidants, and fiber. Some people call it a “functional food,” which means that a person can eat it to boost their health.

People grew flax as a crop in ancient Egypt and China. In Asia, it has had a role in Ayurvedic medicine for thousands of years.

Flaxseeds are high in fiber, with 4 grams of fiber per 2 tablespoons of whole or ground flaxseeds. The soluble fiber in flaxseeds helps slow down the emptying of the stomach into the small intestine, increasing the absorption of nutrients. This type of fiber also decreases risk of cardiovascular disease by increasing the amount of HDL, the ‘good’ type of cholesterol & lung disease

Omega-3 essential fatty acids, “good” fats that have been shown to have heart-healthy effects. Each tablespoon of ground flaxseed contains about 1.8 grams of plant omega-3s.

Lignans, which have both plant estrogen and antioxidant qualities. Flaxseed contains 75 to 800 times more lignans than other plant foods.

Fiber. Flaxseed contains both the soluble and insoluble types. 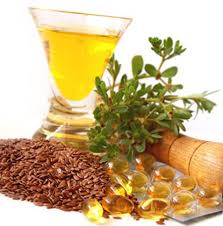 flax seed contains some nutrients that may have various health benefits.

Like other plant-based foods, flaxseed is rich in antioxidants. These can help prevent disease by removing molecules called free radicals from the body.

Free radicals occur as a result of natural processes and environmental pressures. If there are too many free radicals in the body, oxidative stress can develop, leading to cell damage and disease. Antioxidants help remove free radicals from the body.

Flaxseed is a good source of lignans, which appear to have antioxidant properties.

According to some scientists, flaxseed may be over 800 times richer in lignans than most other foods.

Reducing the risk of cancer

Flaxseed also contains lignans, which are antioxidants that may slow tumor growth by preventing them from forming new blood vessels.

Also, in 2018, the authors of a review concluded that flaxseed may help reduce the risk of breast cancer after menopause.

Lignans are a type of phytoestrogen, which is a plant-based nutrient that acts in a similar way to estrogen. There has been some concern that phytoestrogens may increase the risk of breast cancer, but recent research suggests that they may play a protective role.

Flaxseed also contains phytosterols. Phytosterols have a similar structure to cholesterol, but they help prevent the absorption of cholesterol in the intestines.

In 2010, researchers looked at the effect of flaxseed on the cholesterol levels of males with moderately high cholesterol. Participants took either a 20 milligram (mg) capsule containing lignans, a 100 mg capsule, or a placebo for 12 weeks.

Cholesterol levels fell after taking lignans, especially in those who took the 100 mg capsules.

The researchers behind a 2012 study involving 17 people found that consuming flaxseed lowered LDL cholesterol levels and helped the body remove fat, although they note that the overall diet may also play a role. The team suggested that dietary flaxseed may be useful for lowering cholesterol levels.

it has  also linked omega-3 oils, which are usually present in oily fish, to reductions in cardiovascular risk. Researchers have suggested that flaxseed could offer an alternative to marine sources of omega 3. This could make it a useful resource for people who follow a plant-based diet.

Easing the symptoms of arthritis

According to the Arthritis Foundation, flaxseed may help reduce joint pain and stiffness. Some people take it for rheumatoid arthritis, lupus, and Raynaud’s phenomenon.

They add that there is a lack of evidence to support its use for this purpose, but they say that the ALA in flaxseed may help reduce inflammation.

People can take it:

ground (one tablespoon per day)

as an oil (one to three tablespoons per day)

In 2007, a team of scientists published results suggesting that flaxseed may help reduce the incidence or severity of hot flashes in women not using estrogen therapy during menopause.

In 2012, however, further research by the same team concluded that flaxseed did not, in fact, make any difference.

Lignans and other phytoestrogens may help reduce the risk of chronic conditions such as diabetes.

In 2013, scientists gave 25 people 0 g, 13 g, or 26 g of flaxseed every day for 12 weeks. The participants had prediabetes and were either males with obesity or overweight or females who had undergone menopause.

The 13 g dosage appeared to lower glucose and insulin levels and improve insulin sensitivity, but the other dosages did not have this effect.

Also, a 2016 rodent study suggested that the compounds in flaxseed may help reduce the incidence of type 1 diabetes and delay the onset of type 2 diabetes. These results may not be applicable to humans, however.

The same year, 99 people with prediabetes took 40 g or 20 g of flaxseed or no flaxseed and no placebo each day for 12 weeks. Consuming flaxseed appeared to reduce blood pressure, but it did not improve blood sugar levels or insulin resistance.

Flaxseed is a good source of insoluble fiber, which does not dissolve in water, instead remaining in the digestive tract after eating. There, it absorbs water and adds bulk, which may help promote regularity.

Also, too much flaxseed or flaxseed oil can cause diarrhea.

The studies reveal  flaxseed can help  with:

Uses of flaxseed in Ayurvedic medicine include:

HOW TO USE FLAXSEEDS

Flaxseeds and flaxseed oil have a pleasant nutty flavor that is easily incorporated into a variety of foods. Whole flaxseeds have a very tough outer shell, too tough for our teeth to break down. Whole flaxseeds are a good source of fiber but the beneficial ALA content is not available to be absorbed. Flaxseed oil contains the beneficial ALA, but no fiber or lignans. 1

To gain all the health benefits in flaxseeds, purchase ground flaxseed, or grind your own flaxseed using a clean coffee grinder. Store whole flaxseeds in an airtight container in a cool, dark spot for 6-12 months. Ground flaxseeds must be stored in the refrigerator or freezer to prevent the fat from becoming rancid, and should be consumed within 2-4 months. 1

Grinding and typical oven temperatures used in baking do not significantly decrease the amount of ALA in flaxseeds. Adding ground flaxseeds to bread and muffins, or purchasing commercially baked bread with added ground flaxseeds, increases the antioxidant content of the bread and lowers the glycemic index. 1

Flaxseed oil is easily destroyed by heat, light and oxygen. Look for flaxseed oil made from fresh pressed seeds that is bottled in dark containers. Store in the refrigerator to prevent rancidity and use only on cold foods or add to foods after cooking since it has a low smoke point. 3

Simple ways to add 1-2 tablespoons of ground flaxseeds to your foods each day:

Talk with your healthcare provider before adding flaxseeds to your diet as they may decrease the absorption of some medications and may interfere with fish oil, omega-3 supplements, or anticoagulant medications.