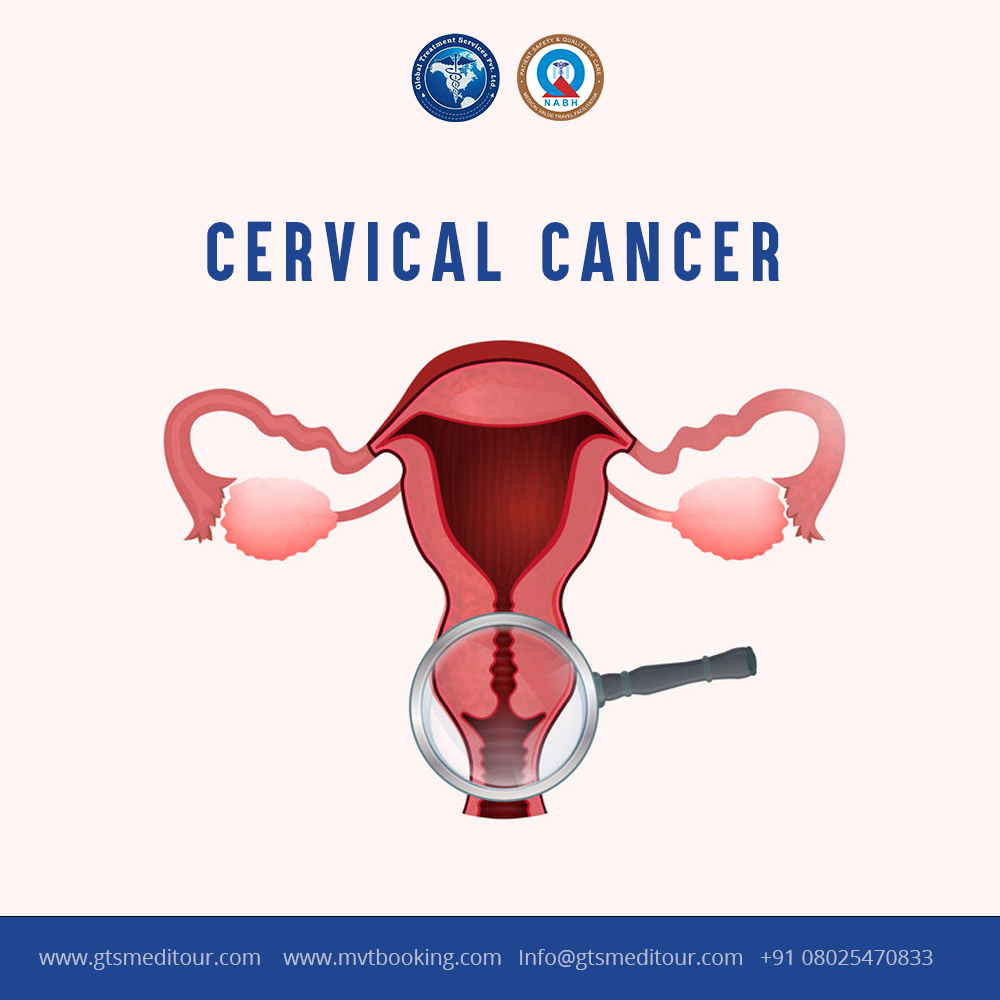 Most  women are at risk for Gynecological cancers, and risk increases with AGE.

Any cancer that starts in a woman’s reproductive organ is term to be Gynecology cancer.

As a group, they are referred to as gynecologic cancer.

A sixth type of gynecologic cancer is the very rare fallopian tube cancer.

Cervical cancer is a disease in which malignant (cancer) cells form in the tissues of the cervix.

Signs and symptoms of cervical cancer include

Tests that examine the cervix are used to detect (find) and diagnose cervical cancer.

The following procedures may be used:

Physical exam and health history: An exam of the body to check general signs of health, including checking for signs of disease, such as lumps or anything else that seems unusual. A history of the patient’s health habits and past illnesses and treatments will also be taken.

Pelvic exam: An exam of the vagina, cervix, uterus, fallopian tubes, ovaries, and rectum. A speculum is inserted into the vagina and the doctor or nurse looks at the vagina and cervix for signs of disease.

A Pap test of the cervix is usually done. The doctor or nurse also inserts one or two lubricated, gloved fingers of one hand into the vagina and places the other hand over the lower abdomen to feel the size, shape, and position of the uterus and ovaries. The doctor or nurse also inserts a lubricated, gloved finger into the rectum to feel for lumps or abnormal areas.

Biopsy: If abnormal cells are found in a Pap test, the doctor may do a biopsy. A sample of tissue is cut from the cervix and viewed under a microscope by a pathologist to check for signs of cancer. A biopsy that removes only a small amount of tissue is usually done in the doctor’s office.

The prognosis (chance of recovery) depends on the following:

The stage of the cancer (the size of the tumor and whether it affects part of the cervix or the whole cervix, or has spread to the lymph nodes or other places in the body).

1.The type of cervical cancer.

2.The patient’s age and general health.

3.Whether the patient has a certain type of human papillomavirus (HPV).

4.Whether the patient has human immunodeficiency virus (HIV).

5.Whether the cancer has just been diagnosed or has recurred.

There are three ways that cancer spreads in the body.

The cancer spreads from where it began by growing into nearby areas.

The cancer spreads from where it began by getting into the lymph system. The cancer travels through the lymph vessels to other parts of the body.

The cancer spreads from where it began by getting into the blood. The cancer travels through the blood vessels to other parts of the body.

After cervical cancer has been diagnosed, tests are done to find out if cancer cells have spread within the cervix or to other parts of the body.

The process used to find out if cancer has spread within the cervix or to other parts of the body is called staging. The information gathered from the staging process determines the stage of the disease. It is important to know the stage in order to plan treatment.

The following stages are used for cervical cancer:

In stage I, cancer has formed and is found in the cervix only.

In stage II, cancer has spread to the upper two-thirds of the vagina or to the tissue around the uterus.

In stage III, cancer has spread to the lower third of the vagina and/or to the pelvic wall, and/or has caused kidney problems, and/or involves lymph nodes.

The following tests and procedures may be used in the staging process:

CT scan (CAT scan): A procedure that makes a series of detailed pictures of areas inside the body, taken from different angles. The pictures are made by a computer linked to an x-ray machine..

PET scan (positron emission tomography scan): A procedure to find malignant tumor cells in the body. A small amount of radioactive glucose (sugar) is injected into a vein.

Cystoscopy: A procedure to look inside the bladder and urethra to check for abnormal areas.

Lymph node biopsy: The removal of all or part of a lymph node. A pathologist views the lymph node tissue under a microscope to check for cancer cells.

There are different types of treatment for patients with cervical cancer.

Surgery – removing the cancer in an operation is sometimes used to treat cervical cancer.

Radiation therapy is a cancer treatment that uses high-energy x-rays or other types of radiation to kill cancer cells or keep them from growing.

There are two types of radiation therapy:

uses a machine outside the body to send radiation toward the cancer. Certain ways of giving radiation therapy can help keep radiation from damaging nearby healthy tissue.

uses a radioactive substance sealed in needles, seeds, wires, or catheters that are placed directly into or near the cancer.

The way the radiation therapy is given depends on the type and stage of the cancer being treated. External and internal radiation therapy are used to treat cervical cancer, and may also be used as palliative therapy to relieve symptoms and improve quality of life.

Chemotherapy is a cancer treatment that uses drugs to stop the growth of cancer cells, either by killing the cells or by stopping them from dividing.

Targeted therapy is a type of treatment that uses drugs or other substances to identify and attack specific cancer cells without harming normal cells.

Immunotherapy is a treatment that uses the patient’s immune system to fight cancer. Substances made by the body or made in a laboratory are used to boost, direct, or restore the body’s natural defenses against cancer. This type of cancer treatment is also called biotherapy or biologic therapy.

The following protective factors decrease the risk of cervical cancer:

Getting an HPV vaccine

Vaccines that protect against HPV infection greatly reduce the risk of cervical cancer. These vaccines do not protect women who are already infected with HPV.

Harms of HPV vaccines include dizziness, feeling faint, headache, fever, and redness, tenderness, or warmth at the place of injection. Allergic reactions are rare. Getting the HPV vaccine while pregnant does not have a harmful effect on the pregnancy.

Some methods used to prevent sexually transmitted diseases (STDs) decrease the risk of HPV infection. The use of a barrier method of birth control, such as a condom or diaphragm, helps protect against HPV infection.

New ways to prevent cervical cancer are being studied in clinical trials.

If you have any queries in regards to Gynecology cancer / oncology, please do contact us on email, phone call or whats app  and get free opinion, treatment plan, visa assistance  etc..