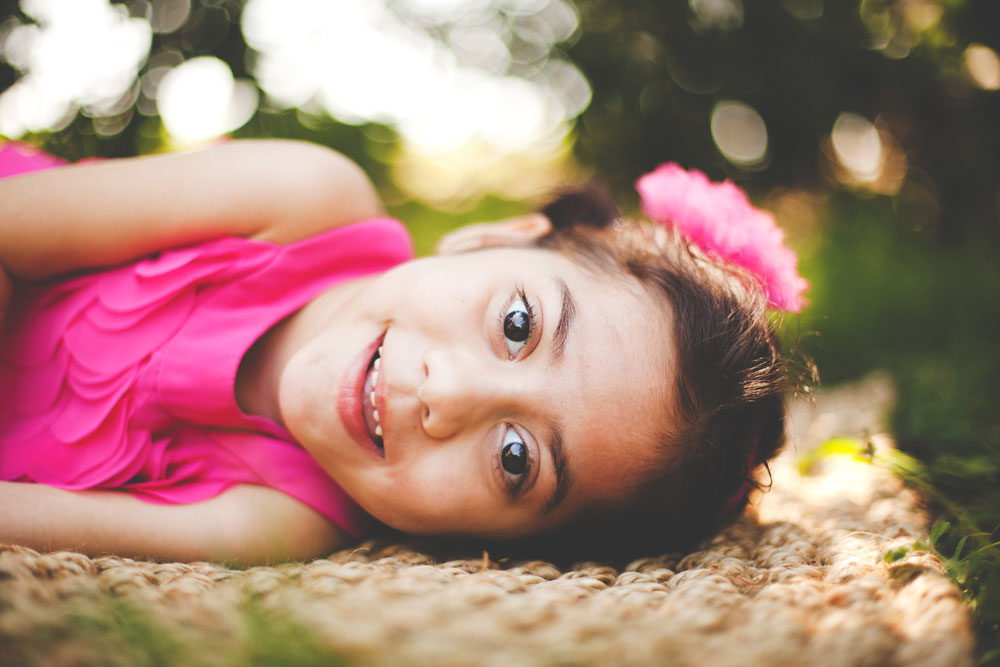 Children with infantile neuroaxonal dystrophy experience progressive difficulties with movement. They generally have muscles that are at first weak, and then gradually become very stiff. Eventually, affected children lose the ability to move independently. Lack of muscle strength causes difficulty with feeding. Muscle weakness can also result in breathing problems that can lead to frequent infections, such as pneumonia. Seizures occur in some affected children.Children with this disorder experience progressive deterioration of cognitive functions (dementia), and they eventually lose awareness of their surroundings.

The first symptoms may be slowing of motor and mental development, followed by loss or regression of previously acquired skills.  Rapid, wobbly eye movements and squints may be the first symptoms, followed by floppiness in the body and legs. For the first few years, a baby with INAD will be alert and responsive, despite being increasingly physically impaired.  Eventually, because of deterioration in vision, speech, and mental skills, the child will lose touch with its surroundings.   Death usually occurs between the ages of 5 to 10 years.

There is no cure for INAD and no treatment that can stop the progress of the disease. Treatment is symptomatic  and supportive. Doctors can prescribe medications for pain relief and sedation. Physiotherapists and other physical therapists can teach parents and caregivers how to position and seat their child, and to exercise arms and legs to maintain comfort.

to know more details:- send in your queries to query@gtsmeditour.com or WhatsApp your latest medical reports to +91-9880149003.

Exactly what causes Raynaud’s remains unclear, but a hyperactivation of the sympathetic nervous system is known to cause an extreme narrowing of the blood vessels, known as vasoconstriction.

It can happen when the person enters a cold place, opens a freezer, or puts their hands in cold water.

Some people experience symptoms when faced with stress, even without an associated drop in temperature.

In healthy individuals, the circulatory system in the extremities, such as the fingers and toes, reacts to conserve heat in cold conditions. The small arteries that supply the skin with oxygen narrow to minimize the amount of heat lost through the exposed skin surface.

The physician will ask the patient questions about symptoms, diet, habits, and hobbies. The patient should be ready to explain when the symptoms first appeared, how often they have them, and what seems to cause them. It may help to keep a diary of this information.A blood test may be done to look for antinuclear antibodies or to measure erythrocyte sedimentation rate, which may indicate autoimmune problems or other inflammatory process.

Raynaud’s is not normally life-threatening, but complications can occur.Chilblains happen when there is a problem with the blood circulation, and Raynaud’s is one possible cause. The skin becomes itchy, red, and swollen and it may feel hot, burning, and tender. Chilblains usually resolve in 1 to 2 weeks, but they can come back. Keeping the extremities warm can help prevent them. If the hands and feet become cold, warm them slowly, as too much heat can cause further damage.

If symptoms worsen and blood supply is substantially reduced for a long time, fingers and toes can become deformed.

If oxygen is completely cut off from the area, skin ulcers and gangrenous tissue can develop. Both of these complications are difficult to treat. They may eventually require amputation.

For those patients that do have pain related to the pseudoarthrosis, minimally invasive spine surgery is recommended to reshape the enlarged transverse process and remove this transitional fake joint. Many patients have felt significantly better once this has been removed. Other treatment options have been reported, including fusing that region.

To know more details :- send in your queries to query@gtsmeditour.com or WhatsApp your latest medical reports to +91-9880149003. Fibromyalgia is defined by pain and tenderness throughout your body, as well as fatigue.People with fibromyalgia tend to have a heightened sense of pain. This feeling is sometimes described as a constant muscle ache.

It is often considered a rheumatic, or “arthritis-like,” disorder. But unlike arthritis and certain related conditions, it doesn’t cause damage to joints, muscles, or other tissues. Fibromyalgia isn’t a progressive disease, which means that it won’t steadily worsen over time.

There’s no cure for fibromyalgia, but treatments are available that may help relieve symptoms and improve your quality of life.

Most people with fibromyalgia are diagnosed between ages 20 and 50, with symptoms typically showing up months or even years beforehand. Even children can have fibromyalgia.But the incidence of the condition rises with age, so that by age 80, 8 percent of people meet the criteria for fibromyalgia.

Fibromyalgia is often best treated with a combination of approaches. For some people, certain types of prescription medication can help to reduce symptoms. For others, drugs have little effect, and for everyone, drugs have side effects that must be balanced with potential benefits.

According to the American College of Rheumatology, physical exercise is the most effective treatment for fibromyalgia. Gentle stretching and aerobic exercise can relieve pain and also prevent deconditioning, or getting weaker from lack of exercise. Exercise can also improve sleep. Working with a physical or occupational therapist can be helpful in getting started with an exercise regimen.

Some other lifestyle approaches that may improve fibromyalgia symptoms include stress reduction, not smoking, following a healthy diet, losing weight if you’re overweight, and establishing good sleep habits.

A hysterectomy is the surgical removal of the uterus. Hysterectomies are performed for a wide variety of reasons. A hysterectomy is major surgery, but with new technological advances, the discomfort, risk of infection and recovery time has all been decreased.

There are currently three surgical approaches to hysterectomies.

Robotic-Assisted Hysterectomy also allows your surgeon better visualization of your anatomy, which is especially critical when working around delicate and confined structures like the bladder. This means that surgeons have a distinct advantage when performing a complex, radical hysterectomy involving adhesions from prior pelvic surgery or non-localized cancer, or an abdominal hysterectomy.

Techniques in hair transplantation have evolved recently which make results look more natural. Hair restoration is one of the most exciting and innovative surgical fields in aesthetic surgery today. A precise appreciation of anatomy has allowed the use of follicular unit grafts. With better methods of harvesting and implantation, hair transplantation results represent a blend of art and science.

Hair transplantation is one of the most rapidly evolving procedures in aesthetic surgery, accompanied by regular improvement in techniques. The recent advances in technology and the concept of using follicular unit grafts have made this procedure reach a new height. The ability to provide very natural-looking results has encouraged larger number of balding men and women to opt for this surgical solution.

to know more details:- send in your queries to query@gtsmeditour.com or WhatsApp your latest medical reports to +91-9880149003.

Deep Brain Stimulation or DBS as it is commonly called is a surgical treatment for people with certain types of Parkinson’s. It greatly helps in significantly improving the movement ability.

When medications aren’t as effective as they used to be and your symptoms make everyday life a challenge, DBS may help.

Deep brain stimulation uses a small, pacemaker like device, placed under the skin of the chest, to send electronic signals to an area in the brain that controls movement. Deep brain stimulation has helped some people stay as independent as possible and keep doing the activities they love.

Symptom control may help you continue to do what’s important to you, like taking care of family or continuing to work. Or participate more fully in an event like a vacation or a family wedding.

The DBS system requires no daily cleaning or refilling; you can bathe and shower without worrying about your device; and you don’t have to carry or refrigerate supplies when away from home. 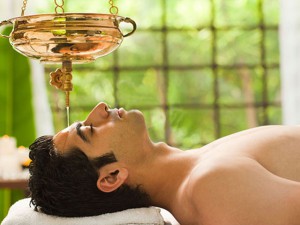 Panchakarma is not only for detoxifying the body, but also for rejuvenation, strengthening the immune system, and restoring balance and well-being. It is one of the most effective healing modalities in Ayurvedic Medicine. It is recommended on a seasonal basis, as well as when an individual feels out of balance or is experiencing illness.

This is a process used to clean the body of toxic materials left by disease, poor nutrition and environmental toxins.  Due to one’s repeated dietary indiscretions, poor exercise patterns, lifestyle, and genetic predisposition, the digestive enzymes, metabolic co-factors, hormones, and agnis which regulate the body’s internal homeostasis become disorganized. This can lead to the accumulation and spread of toxins throughout the physiology resulting in disease.

Panchakarma  is highly individualized based on the needs of the individual depending on the Ayurvedic constitutional type, doshic imbalances, age, digestive strength, immune status, and many other factors. Specially trained therapists must administer these procedures in an exact sequence for a specified period of time.

Panchakarma treatments have been shown to create measurable brain wave coherence and to lower metabolic activity. They allow the body and mind to drop into a profound level of peacefulness. In this state of relaxation, it is possible to cleanse toxins from tissues as well as to release deeply held emotional tensions.

to know more details:- send in your queries to query@gtsmeditour.com or WhatsApp your latest medical reports to +91-9880149003.
Pages:‹12